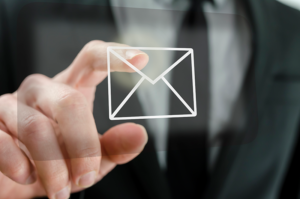 Before I share my tips (not tricks) to getting email messages clicked open, let me first state that open rates are not the measure of a successful campaign. You can have a low open rate, yet a high-value response rate to those that do get opened. It’s also possible for certain email clients and devices to falsely skew the open rate down.

That said, getting messages opened is still Priority #1 in every email campaign, and open rates are an important metric to track. The open rate is determined by dividing the number of emails opened by the number that were sent, minus the bounces (emails returned to sender for some reason such as for invalid addresses). So, for example, if you send 1,000 messages and record 100 opens with 50 bounces, your open rate is 100 ÷ 1,000 – 50 (950) = 10.5% Open Rate.

A few technical factors come into play that can lower open rates such as getting blocked by internet service providers (ISPs) or tagged as junk. But let’s assume your message does reach the inbox.

Will the recipient click to open it? Will it get trashed? Or worse yet, will the reader mark it as junk before even opening it?

Here are Three Ways to Make the First Scenario Happen:

The more you can define different types of personas, the better your Subject Line can speak to them. Netflix, for example, got my attention with this one: “Mark, we just added a documentary you might like”. Yep, I love a good doc and Netflix knows it.

Netflix also knows I watch food shows. I opened the message and sure enough, the new show they recommended for me is COOKED, about how cooking shapes our world. You can bet I’ll be watching it (and therefore keeping my subscription active).

Most email senders either identify an individual or a company name in the “From” line among messages found in my inbox. But here’s an idea: Why not use both? It’s a great way to stay personal and let the reader know where the sender is from. Two examples on how this is done…

From: Jamie Rappaport Clark, Defenders of Wildlife, (the president of an organization I support)

This technique also expands relationship marketing efforts to several people within an organization and the recipient to keep it interesting. For example, I also receive messages from Steve Forrest, Robert Dewy, and Eva Sargent from Defenders regarding their personal areas of expertise.

The reason I say “not tricks” up top is because the last thing you want in email marketing is a damaged reputation. If enough people report your message as spam or if enough ISPs deem you as a spammer, you can hurt your reputation to the point of being blacklisted (or blocked). So never try to trick people into clicking your message with false advertising or spammy words.

Now test out these tips and press send while saying the magic words: “Open Sesame!” I predict that your open rate will be higher than your norm.