Is Streaming the Future of Entertainment? Apple Says Yes.

It was not that long ago that Netflix changed the way we watch movies at home. The movies by mail business model seemed revolutionary at the time, and it managed to kill off longstanding brands like Blockbuster and Hollywood Video. 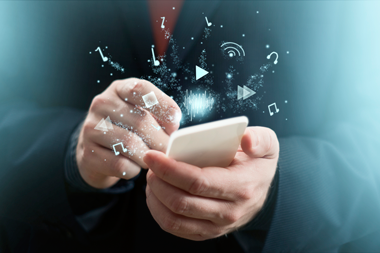 Not content to rest on their laurels, Netflix changed the world of entertainment again by offering streaming for the most popular movies and television programs. Suddenly everything from recent blockbusters to the hottest TV shows was just a click away, and customers responded in droves.

While the world of streaming music had already become somewhat crowded, it became even more crowded when Apple announced that it would be joining the fray. Many tech watchers complained at the time that Apple was a bit late to the streaming music party, but others countered that the Cupertino based company likely had something big up its sleeve.

Like its other product launches, the announcement of the new Apple music streaming service is likely to change the way customers interact with their favorite artists. Apple may not have been the first company to introduce a portable music player, but its iPod MP3 player changed the world just the same. Apple was not the first company to design a tablet – Microsoft, HP and other old-line tech companies had been trying to do that for years. Even so, the introduction of the iPad was a game changer. The introduction of the iPhone followed the same pattern, and there is no reason to think the new Apple music service will not be just as big a success.

The fact that Apple plans to introduce its new streaming music service to customers via an extended free trial just adds to the excitement and increases the odds that the new service will be a success. If history is any indication, a good percentage of people who sign up for Apple’s new music streaming service will stick around after the free trial period is over, willingly forking over $9.99 a month to listen to their old favorites and discover new artists.

So far much of the press surrounding the Apple music streaming service has been positive. There was a brief dustup with Taylor Swift and other artists over Apple’s plan not to pay artists for their music during the free trial period, but the tech giant quickly backtracked and agreed to pay up. Chances are that initial misstep will not be enough to sideline the service or make them lose market share. Only time will tell how popular the new Apple streaming music service will be, but the company certainly has a strong track record of success in everything from personal music players and smartphones to tablets and downloaded songs. The new streaming service introduced by Apple is just the latest example of how live streaming is changing the face of entertainment in the 21st century.

So, what do you think? Will Apple Music be another blockbuster brand, or will it play second fiddle to Spotify? Tell us in the comments below.