Should Your Company Be Leveraging Periscope? 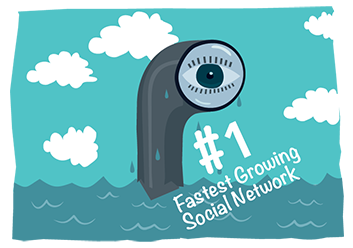 Winner of the Apple Store’s 2015 App of the Year and currently the #1 fastest-growing social network to date, Periscope is the latest social media outlet that companies can channel to keep customers engaged.

This live streaming video app (owned by Twitter) allows anyone with a smartphone to broadcast live action footage anywhere, anytime. As Periscope puts it, people are “fascinated by the idea of discovering the world through someone else’s eyes.”

One of my faves is amandaoleander, an L.A. artist who mostly records the minutiae of her life. She’s become a Periscope star with over a half million followers who’ve “hearted” her nearly 50 million times. (Yeah, a few of those are mine.)

While this newish app takes people around the world and shows them all kinds of things happening in real-time (anything from revolutions to Himalayan sun salutations), it also allows businesses to let customers see what’s going on at the moment with their company. It’s also a fast, inexpensive way to engage with customers.

How? Well, we’re glad you asked!

First of all, it’s a great channel for conversing with customers in real-time. And by that I mean Periscope is a two-way street; viewers can comment and ask questions as you film. It’s one thing to put up a YouTube video for people to go check out. It’s a whole other thing to live-stream an event or demo of your latest product in action.

Let me give you an example.

Say you own a fitness club and you’ve found that members could benefit from a refresher on some training exercises. You announce a live training event via Twitter, email, posters, etc. Then, as you Periscope it, your audience can ask questions, make comments, and shower you with hearts. You can respond in real time with answers, further demonstrations, and verbal appreciation. That’s the kind of thing that can keep membership renewals coming in.

Even though the app is still in its infancy, the future looks bright for Periscope in business. It has caught the attention (and accolades) of the business digital press, which is publishing examples of how companies are incorporating Periscope into the media mix:

Video interaction is fast becoming a powerful, intimate way for brands to create stronger bonds with their audiences.

Curious about whether or not Periscope is right for your business? We can help! Contact us here.